Numbers are everywhere in medicine. Breaths are counted to report a respiratory rate, as are heartbeats. Blood pressure. Cell counts. Temperature. Even someone’s pain level is described and reported as a number. These digits are then, of course, recorded, evaluated, and tracked to figure out whether the person they belong to needs specific care, or to determine whether their current regimen is working well enough. Most of these numbers are refined distillations of very complex processes; for example, blood pressure can be affected by the strength of the cardiac muscle, a person’s current hydration status, and their minute-to-minute stress level, none of which is actually represented by either the systolic or diastolic numerals. That has led many clinical instructors to urge their students to focus on treating the patient and not their list of digits. But how can we decide where to start treatment, without looking at the numbers? They give us a solid foundation on which to build our individualized treatment plans. Without them, every clinical decision becomes a guess.

Different specialties rely upon different sets of numbers, some of which are more well-known than others. When someone goes to their cardiologist, they most likely know their pulse rate and blood pressure; at the very least, they know them well enough to understand that something has gone awry. Similarly, endocrinologists and others involved in metabolic medicine have made great strides in making people more aware of things like blood glucose monitoring and hemoglobin A1c data. Unfortunately, many of the digits most helpful to monitoring lung health remain shrouded in mystery to the general public. Despite efforts dating back to the first publications of the National Lung Health Education Program in the mid-1990s, very few people know FEV1, FVC or FEV6 even exist, let alone have any sense of where their individual measurements land.

In the post-COVID19 era, we must do better. We know the aftereffects of the disease can echo for weeks and months after initial infection, but we have limited information about how severe those effects will be. We won’t be able to make those determinations unless we have a robust dataset that includes baseline information and ongoing test numbers in a variety of age cohorts and populations. By increasing our data collection, we can also potentially gain insights into a wide variety of other respiratory conditions, including asthma, COPD, and interstitial diseases.

The most basic way to start gathering these data is through increased use of pulmonary function testing (PFT), starting with spirometry. Spirometry measures the physical flow of air in and out of the lungs and yields several numbers that are essential for diagnosing breathing problems. The first (and arguably best known) of these is the forced expiratory volume in 1 second, or FEV1. FEV1 is simply the amount of air that can be expelled forcefully from the lungs in a single second, after a maximal inhalation.* The amount that the test subject exhales is then compared to a predicted value derived from massive datasets comparing people with similar ages, heights, and other anthropometric values. The resulting percentage gives initial insight into the state of Physiological changes that can have a marked impact on this number, with obstructive disorders like COPD and asthma reducing the percentage compared to the predicted values and restrictive disorders potentially increasing it.

Closely related to FEV1 is the forced vital capacity, or FVC. This is the amount of air blown out over the course of the entire forced exhalation.* As the name implies, this gives insight into the total amount of air the lungs can hold. As with FEV1, FVC measurements are compared against predicted values based on patient characteristics. Taken in isolation, FVC numbers have relatively limited utility, but they become critically important when also compared with FEV1 and allow for preliminary discrimination between restrictive disorders (where FEV1 and FVC are decreased in relative proportion) and obstructive ones (where FEV1 is more decreased relative to any FVC impairment).

Of course, simply moving oxygen into the lungs is only part of the picture of respiration. Oxygen molecules also have to move from the alveoli into the bloodstream to do any good, and of course carbon dioxide has to leave somehow to prevent toxicity. Entering the realm of more advanced pulmonary function testing, we have numbers to measure this movement, as well. Using trace amounts of carbon monoxide due to its major affinity for hemoglobin (dozens of times greater than oxygen), PFT equipment can measure how well molecules transfer across the alveolar membrane, thus giving context for breathing issues that occur even when airflow is relatively normal.* This value, known as DLCO or TLCO, or the diffusion/transfer capacity of the lung for carbon monoxide, is often under-utilized but is of increasing interest with the fibrotic-like changes caused in many cases of COVID-19.

If numbers like FEV1, FVC, and even DLCO numbers are indeed simplified compared to the complex processes that are the actual pathophysiology, why do we want to focus on them so much? Is it truly possible to use these numbers in a meaningful sense? Of course! Much like seeing a high blood pressure reading tips a clinician to start looking for issues that lead to hypertension, pulmonary function numbers give clinicians something to focus on when discussing breathing problems.

In addition, all these numbers can represent warning signs of future issues. An underrated benefit to regular pulmonary function testing is the ability to demonstrate trends over time. Recall that generally speaking, PFT numbers aren’t evaluated the same way as, say, blood cell counts. In the latter, there are objective limits and ranges to what is ‘normal,’ but PFT data is compared to predictions based on population research. That means that while someone may have lung functions outside the predicted ranges, their values may be perfectly normal for them, and have minimal to no impact on their quality of life. This can be particularly confounding in someone who has supranormal lung function measurements; declines put them in the ‘normal’ range, potentially providing a false sense of security when testing is finally done.

Establishing a baseline is also increasingly important in research. Eighteen months into the COVID-19 pandemic, medical science is still trying to grapple with the persistent effects of ‘long COVID,’ even in people who had relatively mild or moderate cases.* Many of these survivors endure lasting shortness of breath, cardiovascular, and neurological issues, some of which may be explained by alterations in the pulmonary circulatory system and other changes in lung tissue.* There is not a clear understanding of how long these symptoms may last, because even during the original SARS epidemic, pulmonary function testing was under-utilized. To prepare for future outbreaks of respiratory disease, we must give ourselves a clearer picture of what our patients can expect in order to develop better treatment and rehabilitation plans.

Even in the absence of trending numbers, PFT data can still act as early-warning indicators. Chronic respiratory conditions like COPD aren’t diagnosed until symptoms get severe enough for people to report symptoms. Unfortunately, these symptoms (shortness of breath, activity limitation, etc.) are nonspecific enough that they’re often attributed to aging or being out of shape. That means diagnosis is delayed until significant damage is done. In fact, many go undiagnosed until their FEV1 is less than half of the predicted value.* That provides tremendous opportunity for earlier diagnosis, earlier treatment, and slowed disease progression. Similarly, DLCO impairment has been associated with small airways disease, a precursor to emphysema.* By measuring DLCO, particularly in people with risk factors (like tobacco smoking or occupational exposures), clinicians can be more aggressive in finding solutions that improve quality of life for everyone in their care.

The beginning of wisdom

When I was in respiratory school, one of the first things we were taught was to “treat the patient, not the number.” Conversely, no less a luminary than Dr. Thomas Petty, advised people to “test your lungs, know your numbers” so often that it became the tagline for the National Lung Health Education Program. These two thoughts seem contradictory, but I would argue they are in fact complimentary. While we cannot get too caught up in the abstract numbers that we forget to see the person in front of us, we also will not have any foundation on which to build a care plan without understanding what those numbers represent. By testing the lungs and knowing the numbers, we can deliver the best care possible for our patients. 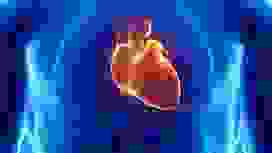 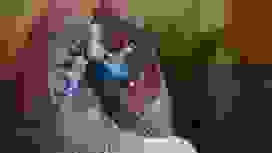 Finding the link between lung function and COVID-19 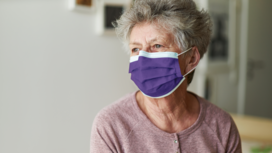 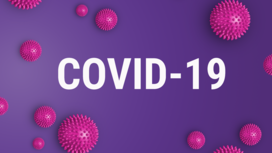 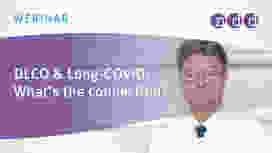