Expert Weighs in on Importance of DLCO Beyond Spirometry

In this Q & A, with Dr. Robert Jensen, hear about the findings in one of the latest COPDGene publications,Diffusing Capacity of Carbon Monoxide in Assessment of COPD, as well as the importance of DLCO testing in addition to spirometry.

ndd: In your work with COPDGene you started with spirometry and added DLCO? Why was that decision made?
Dr. Jensen - In phase one I don’t think the funding was available to buy DLCO units for all 22 sites. It became extremely evident,even after phase part one was even partly completed, the scientific community was asking –what about the gas transfer across the lungs in COPD patients? We weren’t measuring it and there was a lot of pressure put on to bring devices in for all the sites in phase two–funding for that was partly provided by COPD Foundation and others. And we brought units to every site and it was measured in phase two, three and now we are going into phase four and it will be measured in phase four as well. It’s a critical measurement to understand the health of the lungs.

ndd: Could you tell me why DLCO should be used as a tool in assessing COPD?
Dr. Jensen - Fundamentally the lung ventilates,which is breathing the air in and out which brings the higher oxygen levels into the alveolar surface area and allows carbon dioxide to exchange out and then we exhale the air out. So ventilation, which is measured by spirometry, is one aspect of the lungs.The most critical aspect of the lungs is the transfer of gases across the membrane and measuring the ability of an individual’s lung to move gas across the membrane. This is critical to understanding the health of the lung. In particular, in COPD, we’ve long known that DLCO is decreased, sometimes dramatically in these patients.

ndd: What does DLCO offer beyond spirometry and radiography?
Dr. Jensen - New radiographic tools, which measure the percent of emphysema within an individual’s lung by looking at density throughout the lung in a high-resolution cat scan, have been associated with the higher incidence of COPD. In these patients,there is usually association with a lower spirometry value and lower DLCO value but there isn’t a complete correlation between COPD and measurements of the lung with DLCO and spirometry. As it turns out, DLCO appears to be an independent predictor of a number of things,most importantly severe exacerbations of patients with COPD. Severe exacerbations almost always send the patient to the hospital for an extended period of time and DLCO appears to be a powerful predictor for severe exacerbations in COPD subjects.

ndd: In your opinion, how would physicians benefit from adding DLCO to their practice?
Dr. Jensen - Well it depends upon the physician. Clearly pulmonologists use this as their standard tool for assessing lung function usually in a hospital laboratory. In primary care physicians,it has several uses in terms of trying to differentiate between shortness of breath which is derived mostly from cardiac or mostly from pulmonary origins.If the DLCO and spirometry are normal and shortness of breath exists, that would suggest a very likely case that it is a cardiac disorder where as abnormal DLCO and spirometry would suggest that its primarily a pulmonary disorder.It helps the primary care physicians direct care to the appropriate specialists.

ndd: Today, we referenced the Diffusing Capacity of Carbon Monoxide in Assessment of COPD paper that was published as a result of the COPDGene Study. Do you anticipate more data on DLCO to be published in the future? Any “sneak peeks”?
Dr. Jensen - I’m working with colleagues here in SLC right now, we’ve done a very detailed altitude study with DLCO and that is showing a lot of interesting data for both COPD patients and normal subjects and the contrast. As far as the COPDGene study goes,the data presented in the paper we published a little while ago was related to a single measurement from phase two. We are now collating data between phases one and two and looking at changes in DLCO and how that will be predictive of changes in mortality and morbidity in these COPD patients. In addition, the COPDGene group has submitted an abstract to the ATS that will probably be available on-line that looks at mortality and its association with DLCO measurements which should be very interesting to everybody.

Adding DLCO into Your Cardiology Practice 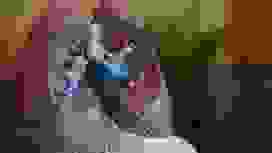 Finding the Link Between Lung Function and COVID-19